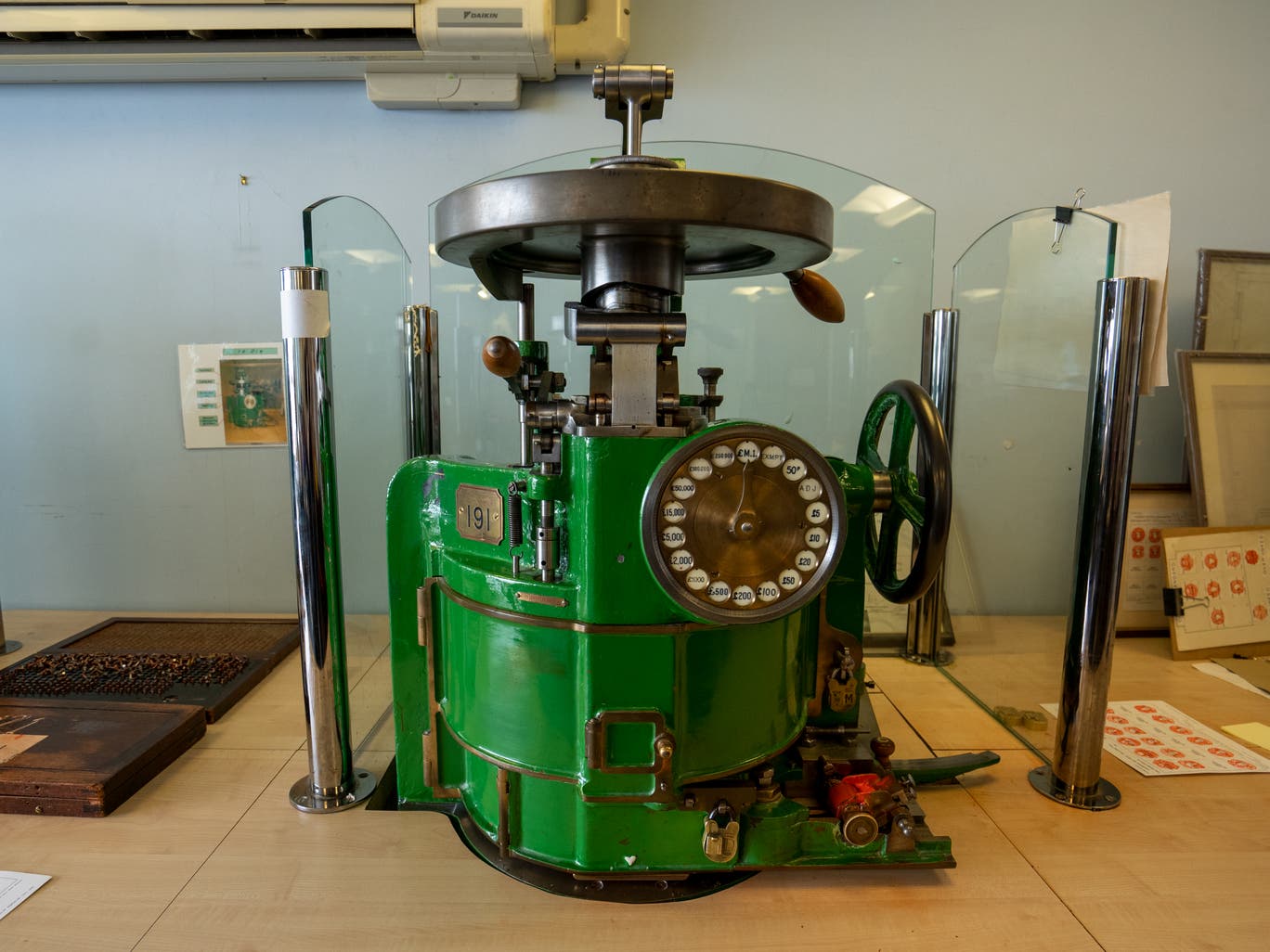 Some of us remember the first time they scurried along to the dusty stamp office and hesitantly asked a gruff Inland Revenue officer to put wax stamps onto a form and then ran back to the their office with the document in hand. If you had calculated the wrong amount for the cheque, even if it was only pennies out, then you would find yourself in deep trouble as your request would be denied. Whatever deal you had been working on was not complete until the wax hit the paper.

Those days are over. Stamp Duty pressing machines (some of which are upwards of a hundred years old) will be officially retired from service in less than a month from now. You might be able to get one for your living room. However, you would need strong flooring as the presses are very heavy, weighing 685 kilograms.

One of the little changes inspired by lockdown was the temporary replacement of the requirement to physically stamp certain documents showing the duty paid on them. The most common transaction which required a physical stamp was the stamp duty paid on the sale of shares on a stock transfer form. The new digital process was used during the pandemic, as traditional physical stamping could not function under COVID-19 restrictions. HMRC has decided to retain the new approach and from 19 July all stamp duty presses will be decommissioned.

The number of stampable documents had already dropped substantially when a new property transfer tax called “Stamp Duty Land Tax” was introduced in 2003 taking the place of physical stamps for property purchases. Confusingly, the tax did not require any kind of stamp at all and this substantially reduced the need for the presses.

According to a recent government press release, the first form of duty was introduced in 1694 as a temporary measure to fund the war on France. and was paid on all paper, vellum or parchment to be used for legal documents. Payment was indicated by an embossed, colourless stamp, which is of course where the name comes from. Back in the Victorian era the presses were built and used to emboss documents automatically without the need for a hand held mark.

Three of the presses will be retained by HMRC and installed in newly created regional centres but there are some left. Interested parties or museums wishing to rehome a decommissioned stamp press are invited to come forward.