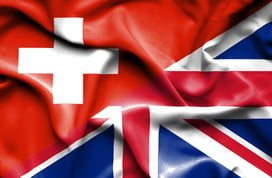 Our Private Client Tax Partner Jamie Favell was recently featured in the ePrivate Client annual feature on Switzerland discussing the tax implications of being dual resident in the UK and Switzerland.

The full content of his article can be viewed here.  [click here to go to the PDF]

For ease we have also copied the full text into this article as follows:

Many high net worth individuals have mobile lives which require their advisors to consider the
implications of them spending significant time in more than one jurisdiction.  Commonly we see clients with a presence in both the UK and Switzerland which is sufficient to make them tax resident in both
countries under domestic rules. As such, it is necessary to consider which country has the taxing rights over the income and gains of a “dual resident” of the UK and Switzerland.

The UK and Switzerland have a Treaty for the Avoidance of Double Taxation (a DTT). The purpose of a treaty is to dictate which country has the taxing rights over different income or gains.

Knowing a client’s treaty residence position is absolutely essential to any planning and structuring you may undertake for a client, even if you are not a tax advisor.

So, how do we determine treaty residence?

In order, those test are:

As soon as treaty residence is determined under one test there is no need to consider the subsequent tests, so if an individual has a permanent home available to him only in the UK or only in Switzerland, he will be treaty resident in that country. The later ties can be ignored even if they indicate a different analysis. If an individual has a permanent home in both countries, we must then look at to where his personal and economic relations are closest (also known as the “centre of vital interests” test). If an individual’s centre of vital interests cannot be identified, the next step is to consider where he has an “habitual abode” in one but not the other country. If the individual has a habitual abode in both countries (or neither), he will be treaty resident in the jurisdiction in which he is a “national”. If the individual is a national of both states, his treaty residence position will have to be determined by mutual
agreement between the UK and the Swiss tax authorities.

So, what constitutes a permanent home?

Whether an individual has a permanent home in the UK will depend on where they stay when they visit the UK.

The following paragraph from the OECD Model Tax Treaty defines the concept of a permanent home:

“As regards the concept of home, it should be observed that any form of home may be taken into account (house or apartment belonging to or rented by the individual, rented furnished room). But the  permanence of the home is essential; this means that the individual has arranged to have the dwelling available to him at all times continuously...”

Common advice to a client seeking to ensure they are not treaty resident in the UK is to stay in hotels when visiting the UK to avoid having a UK home. However, often it isn’t viable or desirable to avoid
having a home in the UK. Of course, a permanent home in Switzerland would also be required.

So, what if there’s a permanent home in both countries?

We then need to consider where the individual has their “centre of vital interests”.

The UK tax authorities place a strong emphasis on whether an individual’s family also live in the country in which they are claiming to be treaty resident. It is often this issue which results in this tie-breaker
clause being indeterminable and means that we must consider habitual abode.

So, how do we determine “habitual abode”?

To determine what is an “habitual abode”, OECD commentary states:

“In the first situation, the case where the individual has a permanent home available to him in both States, the fact of having an habitual abode in one State rather than in the other appears therefore as the circumstance which, in case of doubt as to where the individual has his centre of vital interests, tips the balance towards the State where he stays more frequently. For this purpose, regard must be had to stays made by the individual not only at the permanent home in the State in question but also at any other place in the same State.”

In considering an individual’s habitual abode, the DTT does not specify any length of time over which the comparison must be made, but OECD commentary makes it clear that it must be over a sufficient length of time for it to be possible to determine whether the residence in each of the two states is habitual.

The UK however tests a 4-year period and it is therefore important a client establishes a routine of spending more time in Switzerland than the UK if relying on this test.

In the event it is still not possible determine the tax treaty residence under any of the above rules, UK and Swiss domiciled taxpayers will be treaty resident in their country of domicile. Anyone else will need to seek agreement between the UK and Swiss tax authorities on the matter.

In practice, if your client’s tax residence position is in question, they should seek tax advice. If an individual is expected to be dual resident in the UK and Switzerland but Swiss treaty resident, it will be
necessary for them to complete a UK tax return and treaty relief claim setting out the treaty residence position and how they have reached their conclusion. This will need to be supported by a Swiss  Certificate of Residency which makes reference to the UK/Swiss DTT.