The 2021 Autumn Budget was delivered today by The Host, the Chancellor of the Exchequer Rishi Sunak.

This article focuses on announcements which impact private clients, it is not exhaustive and does not provide any detail on business and corporate taxes.

A lot of the Government’s plans, particularly investment in public services and the end of the public sector pay freeze from April have already been announced and it was expected this Budget would be a tug of war between investing in growth, budget cuts and collecting more taxes.

We already know that National Insurance increases have been given the green light and will rise by 1.25% across the board from April 2022, with the additional revenues raised providing much needed additional funding for the NHS and Social Care.

The September announcement of the National Insurance and dividend tax increases has meant that today’s Budget was mostly uncontroversial and allowed the Chancellor to avoid any glass stepping stones in his speech.

The Chancellor focused on highlighting areas where spending and investment would be increased to stimulate growth in the economy. 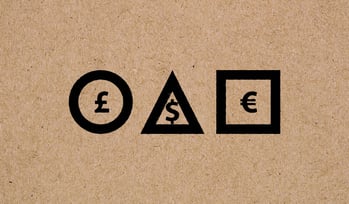 The main issues to bring to the attention of private clients are therefore as follows:

1. Capital gains tax rates have not increased; it had been speculated these might be aligned with income tax rates;

3. There have been no other major changes to income tax rates and allowances announced;

4. There have been no changes announced which impact the Remittance Basis Tax Regime which applies to Non-Domiciled taxpayers;

5. The deadline for residents and non-residents to report and pay Capital Gains Tax after selling UK residential property will increase from 30 days after completion to 60 days. This has effect for all sales completed from 27 October onwards;

We might decide now is the time to have a drink and drown our sorrows or even celebrate, thanks to the alcohol duty freeze we shouldn’t see any increase in the price for now. However the Chancellor has announced a consultation to reform alcohol duty which is likely to mean that drinks with a higher alcohol content become more expensive in the future.
So a Budget with a lot of spending and investment, little in the way of tax increases and a promise to keep borrowing down.  Has the Chancellor lost his marbles, only time will tell…
If you would like to discuss any tax issues with a member of our team please do not hesitate to contact us.
October 27, 2021 by Jamie Favell in Press Releases , budget summary , news