The IRS recently released a draft of its new Form 1040 that every American taxpayer will use to file their 2018 tax returns early next year. And as expected, the new form is significantly different than the one it replaces. As promised by Donald Trump during the 2016 presidential campaign the new form has been reduced to the size of a postcard! 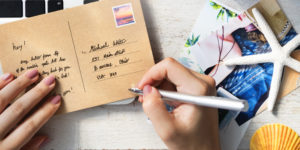 The new postcard sized form 1040 includes just 23 lines, a significant reduction on the 79 lines included on the current form.  A draft copy of the form can be seen on the IRS website here.

For many US taxpayers this will make filing their returns simpler. However for many American’s with more complicated tax situations the IRS has also issued 6 new schedules (numbered 1 through 6) which are in addition to the regular schedule A (Itemized Deductions) and Schedule C (Self Employment) etc., that you may already file. The new number schedules are:

You will note that there are some parts of the form which now do not exist such as the personal exemption, moving expenses and alimony deduction. These have been removed following the changes brought in through the Tax Cuts and jobs Act.

This is the initial draft of the form and the accompanying schedules and the IRS do expect that this will change before the 2018 filing season. Whether these changes actually simplify taxes for the many US taxpayers resident overseas remains to be seen given the additional schedules and forms that will need to be completed.